-
In The Field, South Caucasus Parks
-
Posted by CNF Staff 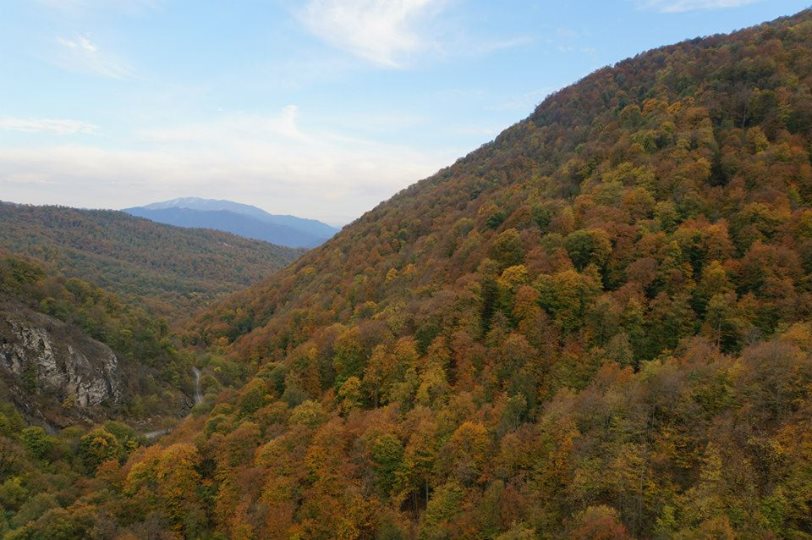 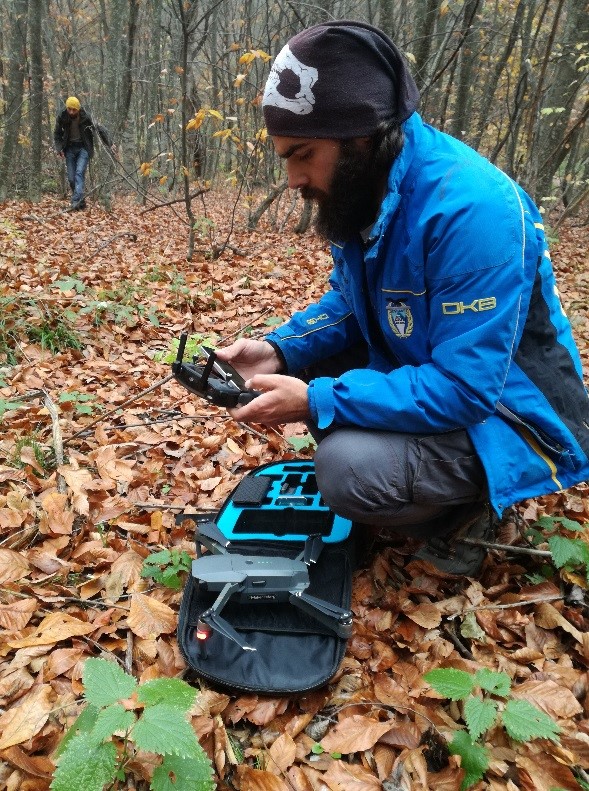 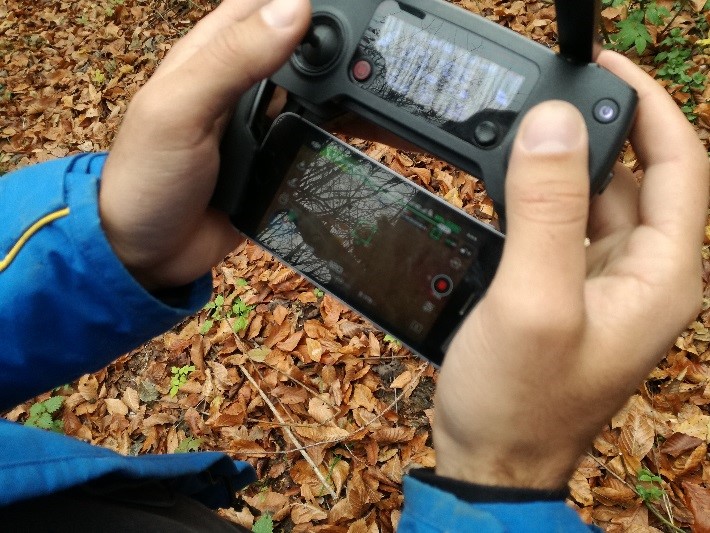 The lush forests that cloak the hills and mountains of Dilijan are one of the key factors that draw tourists from all over the world to this beautiful corner of Armenia. Its famous mineral waters were eulogized in the Soviet-era film Mimino, in a scene which mocks the gentle rivalry between Georgia and Armenia, as to who has the best-tasting water. In summer, visitors seek refuge in the region’s cool mountain climate (and, of course, to snap an obligatory selfie with the town’s Mimino statue), and many also pay a visit to Dilijan National Park, with the forested Parz Lake being a particular favourite destination.

But for many locals, particularly in times of economic crisis, these forests are also a financial resource, and illegal logging has long been a challenge for the administration of Dilijan National Park, whose rangers patrol these vast forests with often limited resources.

For this reason, a group of Armenian environmental activists and volunteers began monitoring problematic areas of the National Park, using motorbikes, drones and cameras to collect evidence of illegal activity, which they would then pass on to the park administration and local police. In early 2018, the Caucasus Nature Fund decided to support this Public Monitoring Mission with a grant of 11 600 600 AMD (€21,000), in order to supply them with the equipment and resources they need to carry out their valuable work. The Monitoring Group is based at the ‘EcoHouse’ in Dilijan, which is the base of operations for four full-time Monitors, and also functions as a tourist hostel and environmental education centre.

When I arrive in Dilijan, I’m met by the Director of EcoHouse, Gor Hovhannisyan, who also teaches environmental education at Dilijan’s international UWC College. Apologetically, he whisks me to EcoHouse where a large group of photographers from an Erasmus International project are waiting for him to tell them about the project. With enviably boundless enthusiasm and energy, he launches right into a condensed narrative of the group’s tough start and stellar successes: “As soon as we started our monitoring mission, we came up against some pretty tough resistance” he says. “Illegal logging is often organized by local businessmen, and they obviously didn’t want our activities to interfere with their profits…”

“Very early on we started doing night patrols, since many loggers would try to evade the park rangers by operating in the hours of darkness. There was one case, where our monitors were camped out in the forest at night, and they were located by a group of armed illegal loggers who followed them by car. Right there in the forest, this group of loggers started firing up at the ridge where our monitors were camped to try to scare them away. Unfazed, one of our most fearless monitors stood up and shouted over the ridge ‘Hey guys, why are you shooting at us? We’ve just made coffee, so why not join us up here for a chat?’ This act of bravery actually terrified the loggers, and they sped away in their cars.” Violent confrontations are now a thing of the past, and the group can claim a significant success.

By their calculations, incidents of illegal logging have decreased by 70% since the start of regular patrolling, but perhaps more importantly, locals are now aware that they can no longer hide in the thick forests of Dilijan National Park. “There are now village communities where loggers have given up trying to cut down trees” says Gor. “In some cases, we’ve flown a drone over logging sites, and the locals have reached into their cars to get the signed permission document which they get from the National Park allowing them to cut trees that have already fallen. Sometimes they even hold it up towards the drone so we can get it on camera!”

After Gor’s inspiring presentation, I can’t wait to see the work of these valiant Monitors for myself, and so I arrange to join two of them on patrol the following morning, in a problematic area of the park between Parz Lake and Haghartsin village, where logging is still common. “It’s really difficult to persuade people to give up logging” says Hayk Kharatyan, one of the full-time Monitors who now, thanks to CNF, receive a modest salary for his work. “Some locals just see the tree for the value of its timber. They’re looking at trees that could be sold for $6,000, but we’re trying to help them see a forest ecosystem that is protected by Armenian law.”

Early next morning, I meet Hayk and another Monitor, Artyom, at EcoHouse to finalize the patrol route. Given my total lack of experience in coursing through forest trails on the back of a motorbike – the usual form of transport for these intrepid Monitors, we decided to take a car up to Parz Lake and cover the rest of the route on foot.

At this hour of the morning, the surface is perfectly still, glowing with the silver reflection of the cloudy sky above. A late-autumn mist rolls gently over the fallen leaves on the forest floor, and hovers above the edge of the lake. Very soon, the silence of the forest is interrupted by the muffled whirring of a chainsaw on the other side of the ravine, about 2 km away. Artyom and Hayk almost skip along the muddy forest path, stopping occasionally to listen for the sound of the chainsaw. Soon, we reckon we’re only 100 metres away from the chainsaw, and there are no signs of tire-marks from the track leading into the forest – so it’s time to try another tack.

Hayk kneels on the ground and opens his backpack, which contains a small drone, equipped with a GO-PRO camera. “This drone was donated” says Hayk, as the drone software loads on his mobile phone, “like all the furniture in Ecohouse! Ealier this year we wrote a post on Facebook saying that we needed a particular type of drone, and asking if anyone had an old one to spare. Very soon, someone replied that if we wanted, he could wire us the money to buy a new one. It’s amazing how generous people have been.”

Using drones allows the Monitors to pinpoint potential offenders, as well as gather some important preliminary evidence of an offence – such as photos of car number plates and images of freshly-cut trees – before they even arrive on the scene. Crucially, it also allows them to see the potential offender without being seen by them, which is absolutely essential for guaranteeing their safety in these isolated areas. “You want to get an idea of what you’re dealing with before you get there” says Artyom. “You need to see how many people there are and whether they’re actually breaking the law.”

“I think this guy is cutting a fallen tree” says Hayk, pointing to the birds-eye view of a blue car and a large pile of freshly cut wood. “If they were breaking the law in broad daylight, they’d normally try to run away as quickly as possible.” Two bemused voices shout commentary on the path of the drone from deep in the forest. It’s clear they’re not disturbed by our presence.

Before long, we come across two locals who are cutting up the trunk of a tree that has already fallen – an activity which is permitted by the Park authorities. Hayk and Artyom ask where they’re from, and check that they are aware of the park regulations and the aims of the monitoring mission. During the day, we meet three more locals from Haghartsin, all engaged in totally legal cutting of fallen trees. There is, however, some evidence of trees deliberately damaged to make them fall, or trees which appear to have ‘fallen’ very recently. Hayk and Artyom take photos of all of these trees, and log the GPS location in a patrolling application on their mobile phones. All of this information can be used to monitor problem areas, plan patrols, and can be used as evidence of illegal activity, which will then be passed on to the authorities.

As we make our way on foot through the forest to reach Haghartsin by late afternoon, Artyom seems satisfied that the monitoring mission is making an impact. “It’s really good to see that all of the people we met know the law and respect it” he says, “and I think that’s one of the greatest achievements of our mission.” 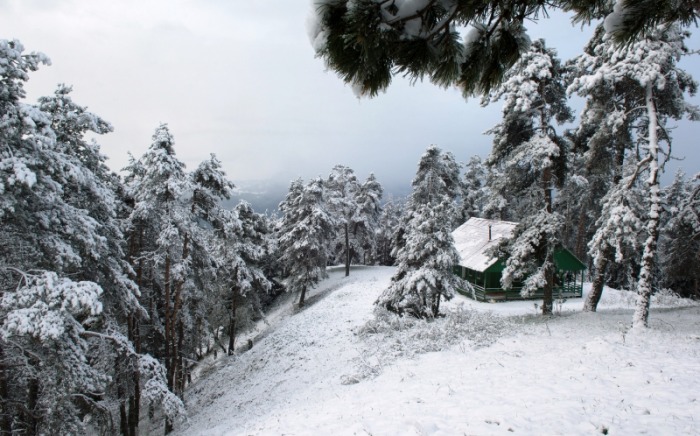 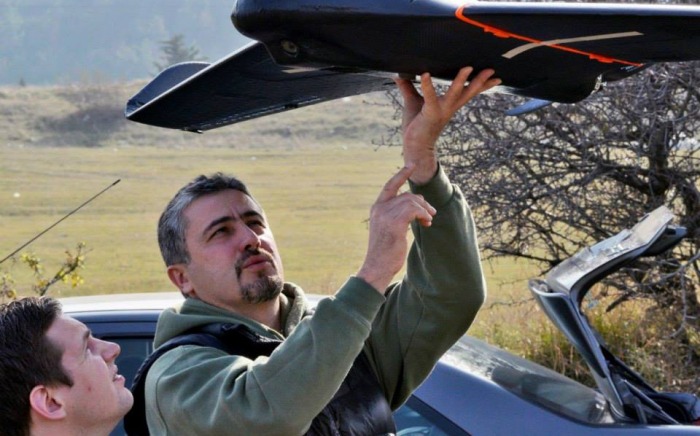 November 17, 2014
-
Biodiversity, In The Field
CNF’s partner NACRES is currently developing and testing a drone device which will be used to monitor bio-diversity in Georgia’s Borjomi-Kharagauli national park. The custom-built device is currently…
Read More →
Posted by CNF Staff
2 MIN READ
STAY CONNECTED