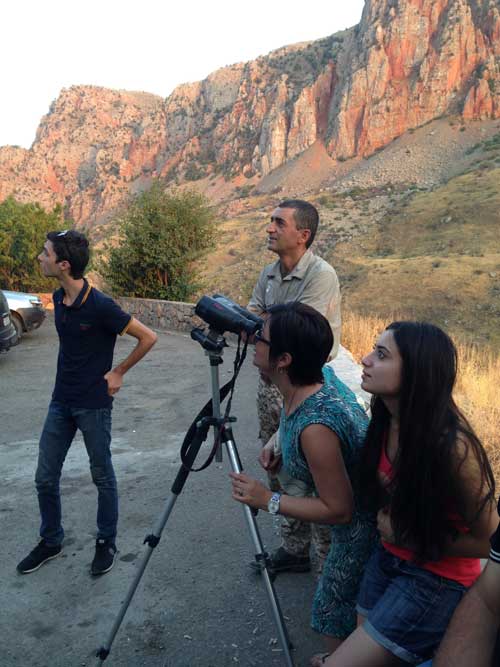 In the South Caucasus, as in many places around the world, it’s taken as a given that governments should be directly involved in managing protected areas and landscapes. But in Armenia, seven years after it was founded, Gnishik Community-Managed protected area is proving successfully that other models can also work in the fight against bio-diversity loss.

As the sun begins to set over the Gnishik canyon, the two-story 13th century church of Norovank is bathed in a glorious golden light. While tourists file out of the complex, Samvel, one of the rangers of Gnishik Protected Areas scans the top of the canyon for bezoar goats. “They normally come down from the top of the canyon in the early evening to drink at the river” explains Samvel, his eyes still glued to his binoculars. “Since they’re not threatened by humans anymore, they aren’t afraid to come down to the monastery not far from the tourists.” Soon enough, Samvel catches sight of a small group – a mother and her fawns. Then he spots a large male, guessing his age at about seven years from the number of ridges on his long, backward-curling horns. A species that was once hunted almost to extinction in Armenia is once again thriving in Gnishik thanks to the work of these dedicated local rangers.

Gnishik’s Community-Managed protected area represents a new model for conservation, and the stabilizing population of bezoar Goats is just one example of how the experiment is proving to be successful. “This idea came about a long time ago” says Karen Manvelyan, Director of WWF Armenia, “which was from 2006 we started to work with the communities … encouraging them towards environmental protection.”

“Then in 2008, all three communities involved (the villages of Gnishik, Areni and Khachik) created an environmental foundation –  Gnishik Intercommunity Environmental Foundation –  then we started a project on the official establishment of a community-managed protected area including livelihood projects: creating orchards and vineyards and at the same time, management planning …. Then the time came when they should become operational, which they started from July 2014. When the project ended, they became operational and CNF provided about 20 000 EUR for operational costs and we provided a similar amount.”

Although it took some time and experimentation to get the community-led model to work, Manvelyan believes it could offer some advantages over state-led conservation measures. “There was a World Bank-funded project to create a community-managed forestry which was considered a failure, and we were told by the government that our project would also fail, but we thought a lot about setting up management, not by one, but by three communities.”

“We rejected the idea of forming a Community Non-Commercial Organization, since this would have prevented them from undertaking commercial activities. The Foundation model allows them much more freedom to generate their own income, by bidding for funding from international and commercial donors.” With donor funding, the Foundation is currently building a shop on the territory of the protected area which will sell organic foodstuffs produced by local farmers in an area famous for its wines, fruits and honey.

I catch up with Samvel and other rangers from Gnishik over barbequed fish in a river-side restaurant built into one of the canyon’s many caves. The rangers share stories about their experience with tourists, who have started to come in increasing numbers to experience the astounding wealth of biodiversity in this arid region. “Once I took a group of German tourists out to look for bezoar goats” Samvel recalls. “I’d spotted a large male behind a rock at the top of the ridge, but since I don’t know German or English, I didn’t have the words to explain to them where it was. So I pointed to myself and said ‘bezoar’. They looked confused, but they nodded and said ‘yes’. So then I ran to the nearest rock and jumped behind it, pointing to myself. They looked even more confused, but after pointing to the rock, the top of the ridge, and making the shape of horns with my hands, they finally understood but couldn’t stop laughing – they teased me about it for the rest of the day!”

Back at Noravank, a group of tourists stand behind Samvel trying to spot the group of bezoar goats on the cliff above. Soon enough, the mother and her fawns start leaping down the near-vertical cliff-face in ways that would make an Olympic gymnast blush. The visitors, especially the children, are absolutely enchanted. He smiles and hands me the binoculars: “At the end of the day,” he says, “this is what it’s all about”. 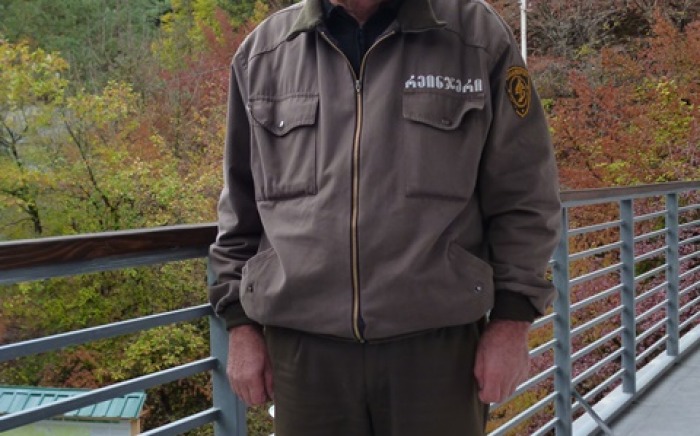 On the Front Line of Nature Protection: Borjomi-Kharagauli’s Longest-Serving Ranger

October 29, 2014
-
South Caucasus Parks
In the chaos and economic collapse of post-Soviet Georgia, the country’s natural riches were seen by many as a resource to be plundered, rather than to be preserved. The last decade, however, has seen intensified efforts to protect the country’s unique ecosystems and biodiversity in a way that is both effective and sustainable. Borjomi-Kharagauli National [...]
Read More → 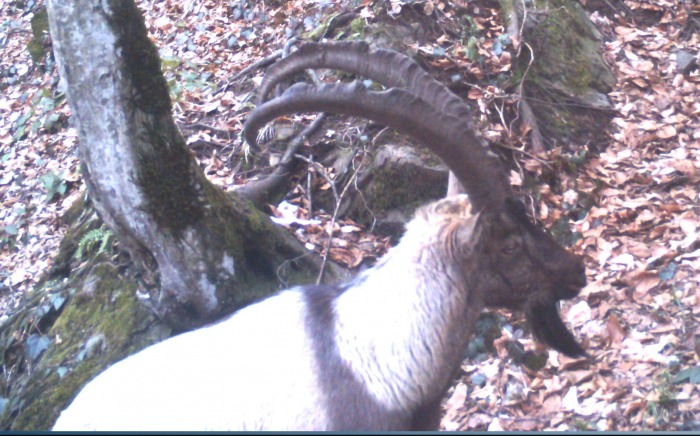 May 11, 2017
-
Biodiversity, In The Field, South Caucasus Parks
Camera –traps installed in the forests of Lagodekhi Protected Areas in the mountains of Eastern Georgia have caught images of an unexpected visitor, sparking cautious optimism for biodiversity in the region. The camera traps, installed by local biodiversity NGO NACRES, and funded by Protected Areas financing mechanism, the Caucasus Nature Fund (CNF), were intended to [...]
Read More → 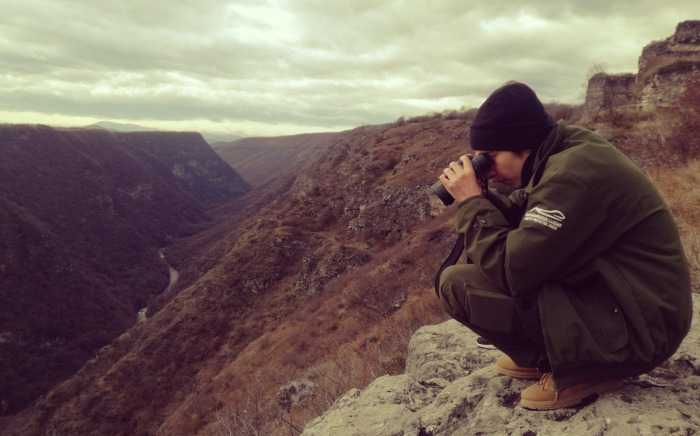 January 31, 2020
-
In The Field, South Caucasus Parks
By Joseph Alexander Smith   It’s like a lost city of Atlantis, though instead of being hidden under water, it is enveloped in thick forest, teetering above steep limestone cliffs. A narrow road, enclosed on both sides by high stone walls, takes you towards the heart of Samshvilde – in medieval times a thriving city, [...]
Read More →